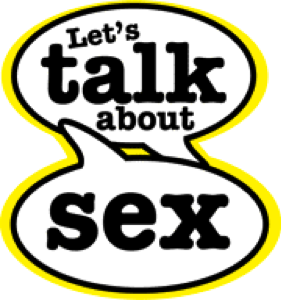 Lately, it has become apparent that the conversations need to begin now.  Oh, how I want to impart healthy ideas about sex, bodies, love and intimacy.  But who am I?  What do I know?  Please join the conversation, spread the word.  Share your wisdom.  We must do better for our children.  With sex everywhere, we cannot be squeamish or silent and pretend it is all about love, marriage and babies, unless we want to create shame-filled sexuality for our children.  I do not want that.  Here is a little video, my first ever.  I am eager to have the conversations with others– before I do with my sons.  Please chime in here or email me or leave a comment.  Let’s do this!

Healthy sexual curiosity, exploration, and experimentation is for Badasses.  Let’s Talk About Sex–Click anywhere to access the first video conversation.

If only I looked like a million dollars with a makeup and sound crew in my well decorated studio.  Having the conversation now seems more important than all that. For Part II, maybe I will shower and wear earrings. And manage my eye contact better.  Looking at the screen of myself is very uncomfortable.

That took some serious courage—from someone who goes to great effort to dodge a camera.  Anything for my boys!  Anything!

Apparently, this is a heavy convo.  I am not requesting “answers”.  Anybody claiming to have them, need not share.  I am  begging to hear experiences of learning and sharing about sex and intimacy— however you did and how that worked out and what you might do differently.  Thank you for your time and your Badass courage!

13 Replies to “Let’s Talk About Sex-Please”