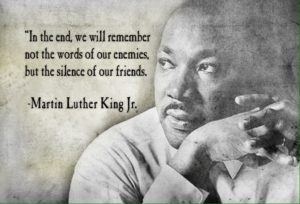 Today the world feels safer, to me.  Millions willing to speak truth to power, communicating with peaceful and united action.  I intend to
follow directions offered on Michael Moore’s Facebook page and stick close to those whose values, actions, and words are aligned with kindness and love for people.  All people. There is but one way, together.

My ♥ feels fuller and stronger.  Feelings of hope and peace almost make me feel mentally unstable– after a solid year of sustained despair. Expansion under oppression is painful.  The world is shifting– and there are those so deeply encamped, that transformation and progress feel threatening.  My prayer:  Bless them, change me.  Always.   This is ONE Wholesome Badass movement in our history.  One of many.  It is true that my spirituality  is my greatest contribution to my parenting-raising children to not sit quietly while others are being diminished or denied.  Like Glennon said, “I don’t give a shit if they get straight A’s or are popular.”  What matters is that they are kind and compassionate.  I will remind them frequently;  “There is nobody that matters more than you.”   “And nobody that matters less”.

Contacting the senators and congressman today, is something I feel proud of.  Instead of being paralyzed with crossed fingers and overt “concern” as my only real effort toward the change I claim to value, I did something.  I went to http://momastery.com/blog/2017/01/27/we-the-peoples-executive-action/   or you can click here to see the names and phone numbers for state representatives, and 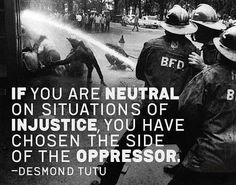 a suggested script for what to say regarding the appointees: Betsy DeVos and Judge Jeff Sessions.  Void of political savvy and wisdom, it was a relief that the friendly people answering the phones wanted only to know if I was in favor of, or opposing Trump’s appointees.  Script not needed!   I followed with emailed justifications, copied directly from Glennon’s post: We The Peoples Executive Action.

Having a voice and being a part of something pivotal for the future of our children feels like a blessing.  Speaking up, together, in truth and love is 100%Badass!  I am totally going to own this. I know very little factual detail about HRC and donnie. However, what I know is that Hillary behaves with kindness, compassion, humility and courage and has decades of public service experience. I feel like a poser for being so Anti-Tump. All that I know/feel is based strictly on what comes directly from his mouth, unkind, arrogant, entitled and even childish-impossible to respect When people say they were afraid for Hillary to be president, I just don’t get it. Why is there an absence of fear for a man who behaves this way to serve our unity and peace with other countries? I just do not get how anyone can believe he can provide for our country and our people. We need a miracle….as Marianne Williamson says- A miracle is when we are willing to see things differently. I want to know what good we can expect from our new leadership. I am listening and willing. I want to find the third way…but I cannot accept a person who I have witnessed consistently as cruel, crude and cutting without fear for what others will think.  Unwilling to even pretend to be less of those things for more votes. Deep Breaths. This unfortunate fact is uniting us.

Those whom have privilege they wish to reserve for themselves are becoming agitated.   This means they are listening.  They are feeling challenged, less comfortable.  We cannot grow and change when we are comfortable.  Growing and changing is for Badasses.  It is too much for others.