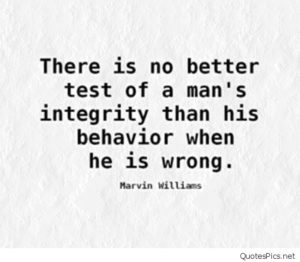 It is horrifying to look back over my life and to reflect on the countless times in which I felt either so indisputably right OR so completely wrong,bad,worthless; like–there was zero gray area between arrogance and humiliation.  Recovery offers me the gifts of humility, faith(the opposite of knowing), and feeds my hunger for constant spiritual striving and expansion.  Before recovery, I had only internalized the dynamic of zero-sum game;  one winner and one loser.  In this dynamic, there is no peace, just victory which usually felt shitty and defeat which consistently  felt shittier.

For me, being human and living this life on earth is all about the learning, expanding, and seeking—to make better mistakes today than yesterday.  I will always make mistakes, but that does not make me wrong or defective.  Amending harmful behavior is also something recovery has taught me.  I need not fight or defend, ever.  Where I have done harm (not the same as displeasing…I reserve the right to displease), I may amend.  If I have not done harm, nothing to defend or amend.

For so long, I had believed that being displeasing could only be a manifestation of defectiveness or attack.  That is seriously deranged.  So grateful for all of the unlearning.  It is nobody’s job to please another person, outside of employment and terms of service in transactional relations. 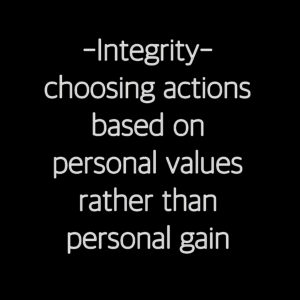 The past 10 years have offered the greatest teaching and learning experiences. Better late than never. Right? Before recovery and divorce(which began on the same day), I had neither observed nor understood: the practice of amending AND that—Refusing to EVER say something about someone that you wouldn’t say in front of them is the highest form of living. It is true cause for celebration (if I were a celebratey type) to be practicing higher living with space from those who practice otherwise. Not so much because I am better than them, just that I do not yet possess resilience to that sort of energy. I am still too deeply affected by incongruous words and actions of others, which I refer to as bullshit and needless complexity.  If there is one thing I am now certain of it is that Kindness is always right.  And cruelty is always wrong.  Harming others is never acceptable, according to the program in which I belong.