I have been finding healing and comfort in re-reading and listening to When Bad Things Happen to Good People( a book I first borrowed from my mother, after my father’s passing ) on Audible by Rabbi Harold Kushner.  Because the concepts of God, love, and forgiveness had been distorted, I am now getting to do what seems to be a lifetime’s worth of rigorous unlearning.  I am an unchurched person, raised in a volatile home, in which religious people were mocked and judged, in which I was regularly shamed and humiliated in response to not knowing how to properly express my pain- by those whom I counted on for comfort and nurturing. Having been vested as the “sorry one”, each of those concepts became twisted, for me.  Love was diminishing,conditional, and scary.  God was for the ignorant.  To forgive meant to pretend as if IT never happened or was a thing which only I sought, from those who expressed near constant disturbance by the actual being of me.  If I were sorry or grateful enough, wouldn’t I just transform into someone entirely different? If I were good enough, God and my mother would favor me, but since I was not, pain and suffering were my due.

When I claim to have been “vested as the sorry one”, my only sliver of hope was- to apologize and be deeply sorry for having and expressing difficult feelings as well as for causing all difficult feelings and behaviors of others.  If done correctly, I might, for brief moments, be forgiven for being a total fuck-up at a cellular level.  I would literally apologize for anything just to be exonerated for sucking so badly.  I did not know how to stop sucking but I sure knew how to be sorry.  Meanwhile, the only apologies I ever received began with the words “I am sorry that you feel______”  or just “I am sorry that you______”.  What recovery teaches me is that to be genuinely repentant is to own and amend behaviors that are harmful.  See, I was apologizing for wrong things, for wrong reasons– all of the time.  If part of an amends needs to be an apology, it should begin with the words  “I am sorry that I____ and I will do better or I will not do that again.  What can I do to make things better?”  That is how compromised connections may be restored.  But when there is no connection… 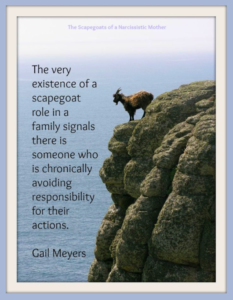 As the scapegoat and black sheep, I later learned to practice bullshit crafty apologies to gain advantage in certain situations, intended to subtly diminish another person while taking myself off the hook…Someone had to be wrong and sorry while someone else got to be right and victorious.  All relations were strained and volatile in this zero-sum game.  I do not want a winner and a loser in my relationships.  If I win, I don’t feel good about you and if I lose I don’t feel good about you and there is no WE or US, just me vs. you.   That dynamic literally makes me ill.  I am out.  I decline.  I choose connection with those who share the value.  You need to win???  Ok, I forfeit.  Bye.  You want to pose as gracious/martyr and allow me to have my way…fuck that also….same situation.  No, thank you.  Not playing.  You want to have a vulnerable conversation where we look at our own contributions, listen and ask what is needed?  I am in 100%.  In my healing journey, I have learned that all pain will be felt, the pain, we refuse to feel, we knowingly or unknowingly offload that onto our children, families, service providers.  Pain demands to be felt. 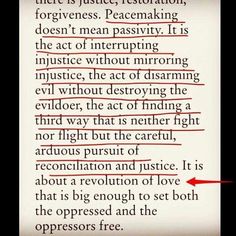 Anyway,  Rabbi Kushner illuminates examples of how not all good people are rewarded and not all bad people are punished, or maybe that there are not bad people at all, just bad things.  AND Not all rewarded people have been blessed and favored by God while broken and needy people are suffering God’s choice for them.  God is not doling our punishments and rewards based on merit or need.  What kind of God would that be?  Glennon said it well last week, when she said “some of us are born on third base believing we hit a triple,  while others stand outside the ballpark starving”.  We are all children of God and we belong to each other.  These are beliefs I find to be promising, wholesome, comforting.  There are no such things as “other people’s children”.  How could we possibly want so many good things for ourselves and our children and not want them for everyone?  What makes people think that everyone is getting what they deserve?  I think it is those people, very much who should thank their lucky stars that they have not gotten what they deserve.

Very bad shit happens.  People do and say bad things.  Natural disasters happen.  Those are not works of God.  Miracles also happen–also not God’s work.  People don’t get cancer because it is part of God’s plan, just as some do not heal or die from the cancer because God has elected that they do so.  Proof of God is in the people who show up for us and with us to show solidarity, compassion, empathy, joy– the constant and intentnional message:  You are not alone, punished, invisible.  Our pains are real and undeserved.  We are together and wanting the best possible outcome for each other.

The gods of my first forty; were fear, rage, shame,guilt.  I was full with those, counted on and driven by those, believing only in those things: in abundance and perpetuity.

For some reason, I appear to be the only one in my family of origin for whom this culture did not work.  I thought that was because I was an asshole troublemaker.  Right?  And later, I sure did behave in assholey troubling ways….just doin what I knew, being sorry, punitive, ashamed, angry—the differentiator was that it all made me very sad and I was not taught and did not intuitively know how to cope.

I once had a sponsor who shared the story of a perfect little mama squirrel, who gave birth to a perfect little baby bunny. Mama Squirrel offered Baby Bunny squirrel food while trying to teach it squirrel things.  But Baby Bunny did not respond well to the squirrel way of life.  Frustrated and perplexed, even humiliated–Mama Squirrel labelled Bunny- a defective squirrel.  But see, both creatures were exactly as they were meant to be.  There were similarities but they were mostly incompatible.  Neither was wrong. 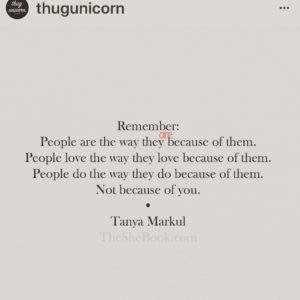 While in a state of NO Contact with both my mother and sister, after hearing of my mother’s illness, I relayed this story- not nearly as well as my sponsor had, with them, in hopes of creating a safer environment for us to connect-where nobody had to be wrong or sorry for who and how they were. Almost in unison, they responded:  “What does that have to do with anything?  What are you talking about?”   Apparently this is a parable more well suited for bunnies, as my recovery buddies all understood immediately.

I was a bunny (just trynuh get my bunny needs met), not an asshole.  They are squirrels who treat me as if I am a  naughty, defective squirrel.  I was 100% broken from having bought into that thinking, but I am not defective or naughty(anymore).  I did not EVER earn or deserve mistreatment.  Until we can all agree on this one fact- there is nothing to do but to stay close to the warren and sanctuary of other bunnies and more compatible species.  This is self-preservation, not an imposed sanction or punishment. Now that I know how to care for my bunny self and my bunny children, I do these things, as if our lives depend on it, because they kinda totally do.

All people are worthy of having their needs met, feeling safe, connected, love, and a sense of belonging.  Not one of us is more important or worthy than another.  Not in our warren.  We go where the love is, where it is safe, where we belong, where we feel nourished and protected.  Nothing less will do.  In chosen relationships, this is the standard.  Obviously in the workplace, school, and world at large, we have less control over to what and whom we expose ourselves.

Bunnies and squirrels kick ass, just maybe not together.  Right?