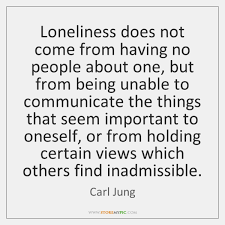 Expressed anger, no matter how true, right, or fairly it is communicated, in my family of origin,  causes a person to be rendered crazy, mean, or unstable–THE information is strictly inadmissible,  while the recipient of a message containing hard feelings, may uphold the posture of being unaffected, garners sympathy for being victimized and praise for appearing ladylike, gentlemanly, innocent.

People who speak openly of angry feelings are shamed, exiled, dismissed. The programming is intended to convey that jokey, superficial, pleasantries is how it is supposed to be in good families.  Everybody, be good.  Always on, mostly  jovial, completely at ease.  Anything less is shameful and reflective only of a broken individual who has lost control of themselves.  Those who strive to look unfailingly polite gain immense  traction by comparison to one who mentions conflict or emotional discomfort.

It is possible I have finally tired of or am in  near acceptance of the futility of trynuh find ways to correctly or effectively communicate about or to those boasting emotional strength and correctness.   They thrive by comparison to the impolite lunatics speaking with the reckless audacity to discuss concern or angst, directly and with transparency.  By expressing displeasure underhandedly, passively, indirectly, in the form of gossip, or not at all, but mostly the other ways, is how it is to be done.  All with a smile, of course, and sometimes under the guise of concern or fake pity.  These are the silent kill shots for which their has been no accountability.

Today, I am committing in writing, here, to changing tack-surrendering the need to find and try all of the ways to be “heard”, less misunderstood, valuable, worthy of consideration.  This is a waste of my life.  Letting go of that feels scary though, it makes letting go of family permanent. I still, sometimes, cling to the myth that entanglement equals authentic connection.  It is a type of connection, but not one that serves peace or mental health.

Halloween triggered, in me, the memory of being here, 11 years ago, nearly 3 months pregnant, with my 10 month old son.  I visited so that we could attend family counseling.  It was a nightmare.  I was nearly broken in two, from the hopelessness of the exchanges.  I miscarried on that Halloween Day.  And with the debacle of our session and a miscarriage, I opted for a peaceful night with my friend rather than a Halloween Parade with my sister and her family.  This was regarded as spiteful, as if I was not attending just to punish THEM.  I was trying to keep it together.  A few months later I received this letter which I ceremoniously burned last year.  The irony of her rules is not lost on me, at all.  The grief keeps coming.

But, I hereby pledge that for one week, I will write on other matters in my current life.  There is more to me than THIS…There must be.

I am in a program of recovery for those whose lives have been affected by someone else's drinking, drug use, mental illness. I am newly learning faith, hope, and courage, practices not witnessed by me, in my childhood, with my family. Sadly, No Contact, as a last resort, is how I keep safe from diminishing words and actions directed at me. I think I have listened for the last time to how I deserve mistreatment. By holding out for something more wholesome and loving, I have been both banished and demanded to return. I prefer serenity to proximity. I will continue with my program and faith in the best possible outcome, so long as I do my part-- to stalk GOD as if my life depends on it. View all posts by Magda Gee